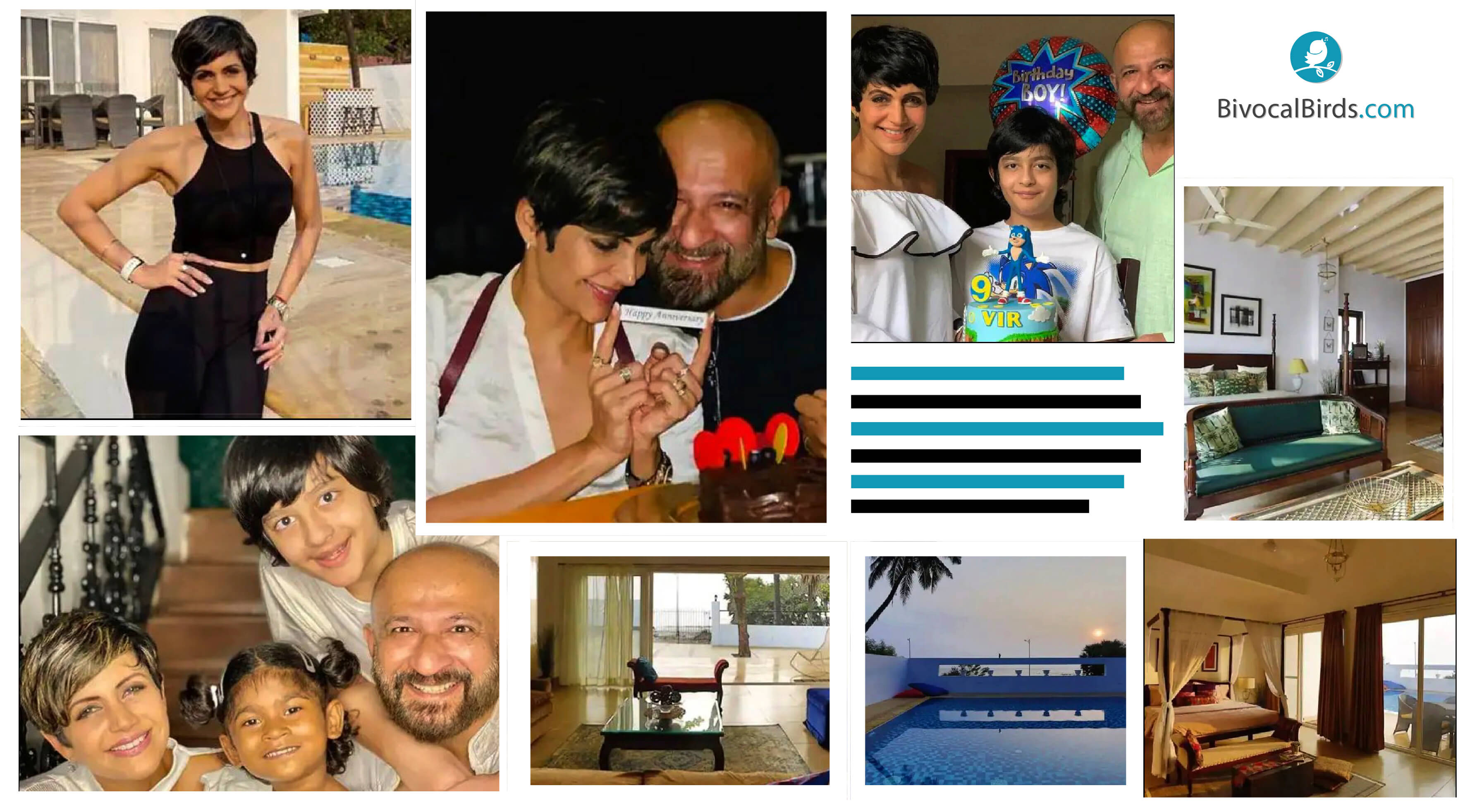 Mandira Bedi, an Indian actress, a fashion designer, television presenter did her start from TV serial “Shanti” is now a social media trend setter and fitness icon to her peers. Setting no limits, she has also anchored the ICC Cricket World Cup for 5 years. Apart from this, she has been successfully juggling through her roles as a wife, a daughter and a mother of two children.

Let’s know some of the facts related to her Madh Island Villa:

The couple listed their opulent island property in Madh on Airbnb. The home offers a pool, 4 bedrooms, and 5 bathrooms with a view of the sea.

The cost of a night's stay is said to be around Rs 42,000. Mandira Bedi was the second Bollywood celebrity to list her property for rent after Shah Rukh and Gauri who have been the pioneer among the celebs to list their property on Airbnb.

Airbnb posted a snapshot of Mandira Bedi posing at her villa on their Twitter account on 4th March. “I am amazed to hear about women who are working hard, pushing stereotypes, and earning financial freedom to become successful entrepreneurs supporting themselves and their families,” she said, according to the American rental firm. "Their adventures have tremendously impacted me," says @mandybedi, an actor and Airbnb host.

Mandira and her mother together made their investment in this villa and made it available as a shooting bungalow, thus it has been redone by many directors. As a result, the house needed a large renovation.

The house faces the Arabian Sea that enhances the beauty of the location making it a worth relaxing place with a large swimming pool in the backyard.

The house has been carved beautifully with the contemporary interior having classy furniture that somewhat resembles her own house.

As seen in the picture, the bedroom consists of mirror walled glasses that makes it more spacious. The living room has been given a funky touch by the sofas enveloped with suede of golden and indigo colours.

She has been deeply involved since long time in the makeover of this house to make it a place that is worthy of holiday home.

​Get 1bhk, 2bhk, 3bhk flats on rent in Noida extension with affordable prices.​

Out breaking news left everyone in mourn

On 30th of June 2021, her husband’s sudden demise due to heart attack left everyone in shock and grief. Raj Kaushal and Mandira Bedi married in 1999, and their son Vir was born in 2011. Raj Kaushal was a film producer, writer, and director who directed films such as Pyaar Mein Kabhie Kabhie, Shaadi Ka Ladoo, and Anthony Kaun Hai. He started off as a copywriter. In 1998, he founded his own advertising production firm and has since directed over 800 advertisements. He later backed the film My Brother... Nikhil, which was released in 2005.

Also read, Plunge into the swanky house of Virat and Ankushka

In one of their picture the couple is seen enjoying in their wedding anniversary together. They have seen the ups and downs together in their life till 22 years. Nevertheless, death cannot depart a person from your heart.

We can see a happy family happily celebrating their son’s birthday together in the picture.

Mandira and Raj Kaushal welcomed 4-year-old Tara into their family in July of last year, after previously revealing their desire to adopt a daughter. Vir, the son of Mandira Bedi and Raj Kaushal, is now ten years.

Mandira has always stood up strong like a pillar. She is a great example of the women empowerment that can be seen from her ways of accepting challenges. Bidding a weepy goodbye to her husband, she even broke that traditional ritual performing of gender stereotypes by performing the funeral rites of her husband.

She recently deleted her social media profile picture by not posting anything and replaced it with a black colour image with the subtitle there “Start where you are, use what you have, do what you can.”