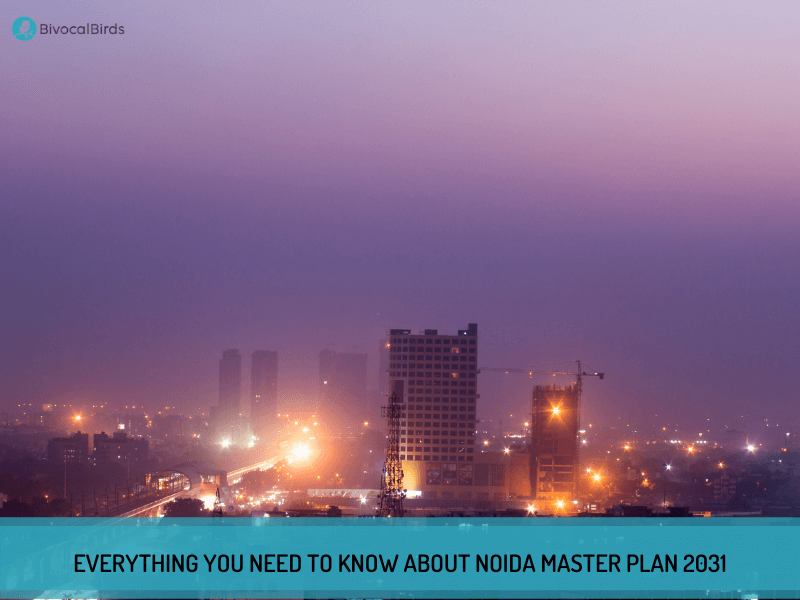 Everything you need to know about Noida master plan 2031

Located in Gautam Buddh Nagar district of the Indian state of Uttar Pradesh, also known as the satellite city of Delhi, Noida (New Okhla Industrial Development Authority) is a planned city and among the fastest-growing suburbs in India. Noida is a part of the National Capital Region and it is managed by New Okhla Industrial Development Authority (NOIDA) having a population of 814,888.6 in 2020.

In the year 1976, 36 villages of the ‘Yamuna-Hindon-Delhi Border Regulated Area’ were notified as New Okhla Industrial Development Area (NOIDA) by the government of Uttar Pradesh. The goal here was to facilitate the planned development of urban centers around Delhi. Moreover, the actual idea was to handle the growing population in the city while creating an industrial town for small as well as mid-sized units. This is the reason why the Noida Authority came into play with the objective to prepare a master plan of Noida that will work as a guide to the overall infrastructure planning and oversee the development.

And, when we talk about Noida master plan 2031, here are some important things you need to know!

In the beginning, when Noida was created, the plan was to develop sites for somewhere around 10,000 small-scale industrial units that can generate employment for more than 40,000 workers. the plan is regularly updated to meet the growing needs of the space, connectivity, and infrastructure.

Some important things to know!

·         When we talk about Noida master plan 2031, it is dedicated to strengthening road and rail infrastructure, to capitalize on Noida’s high growth potential, and to improve the connectivity between the surrounding areas such as Greater Noida, Delhi, Ghaziabad, and more.

·         Noida master plan 2031 has some additional goals including but not limited to promote employment-generating activities, creation of commercial centers and IT parks, industrial parks, quality office spaces, and better living experience for residents.

As mentioned earlier, Noida is among the fastest-growing suburbs, there can be seen exponential growth in population projection.

Noida Master Plan 2021 had the projection of a total population of 12 lakhs and the population crossed 10 lakhs in 2010 only.

Currently, it is expected that Noida will cross 2.5 million by 2031.

·         The Noida master plan 2031 also proposes an extension of the metro rail connectivity. The proposal of extension is from Noida City Centre to Bodaki Railway Station in Greater Noida through Pari Chowk.

·         With the help of stations and feeder bus services, the transport system will be integrated with the proposed and existing metro routes.

·         New road connectivity between Noida and Faridabad has also been proposed in this plan.  This will connect the National Highway-2 with the Noida-Greater Noida Expressway near Sector 150 and Sector 152 of Noida.

·         The road link will help to connect the NH-2 with Noida, Greater Noida, NH-91, and NH-24 near Hapur through a bypass road, proposed in Greater Noida Phase II.

·         As the technical and allied industries in the region are growing at a staggering pace, some industrial sectors (as part of the SEZ) are expected to be developed as clusters of industries related to IT as well as for biotechnology.

·         These industrial clusters will have independent multi-storeyed small units, industrial plots for entrepreneurs,  housing and recreational activities, and research and development centers with common facilities and ancillary commerce.

·         At major junctions of roads and along the expressway and other major arterial roads, other commercial centers are proposed at different places.

·         The commercial center at Sector 32-25A will house hotels and service apartments, offices, the leading shopping, and business establishments, departmental stores,  entertainment and leisure centers, commercial and housing facilities, restaurant and food courts, and this is going to be the core of Noida.