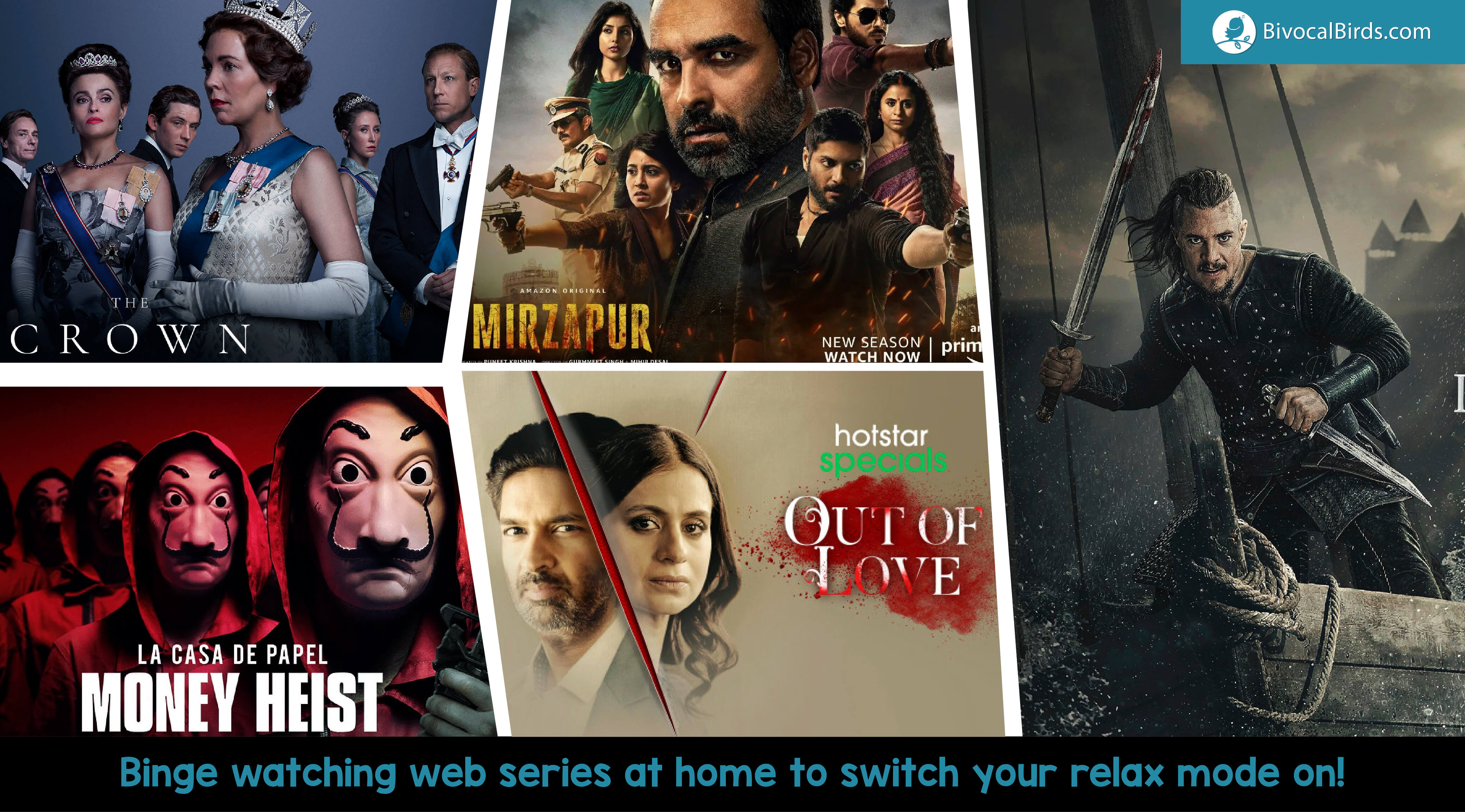 Binge watching web series at home to switch your relax mode on!

You might be getting bored at home at times and thinking over what to do at leisure time. Web series give you an escape along with refreshing your mind to a next level.

A very renowned and famous web series that rotates among the need of power and acceptance.

Akhandanand Tripathi being a multi-millionaire carpet exporter is the mafia don of Mirzapur. Munna, his son, is an undeserving heir who will go to any length to gain his father's fortune. He meets Ramakant Pandit, an upstanding lawyer, and his kids, Guddu and Bablu, after an incident at a wedding. In this lawless city, it snowballs into a game of ambition, power, and greed. The web series keeps you tacked till the end. Both the seasons of Mirzapur are worth watching.

If you love to watch historic films or series this is the best one to view. You would not miss a single episode once you start watching this web series at home. The story describes the life of Queen Elizabeth II. The first season extents the years 1947 to 1955, when Elizabeth married Philip, Duke of Edinburgh, and her sister Princess Margaret's engagement to Group Captain Peter Townsend fell off. The second season extents the years 1956 to 1964, from the Suez Crisis to Prime Minister Harold Macmillan's departure in 1963 and the birth of Prince Edward. The third season runs within the time span of 1964 to 1977, covering Harold Wilson's two terms as Prime Minister as well as Camilla Shand's debut. The 4th season covers Margaret Thatcher's tenure as Prime Minister and Prince Charles' marriage to Lady Diana Spencer from 1979 to the early 1990s. Season 5th and 6th covers about the reign of Queen Elizabeth II in 21st century.

Out of Love is an Indian television series based on Mike Bartlett's novel Doctor Foster, which Hotstar adapted for its Hotstar Specials label. Tigmanshu Dhulia and Aijaz Khan directed the film, which stars Rasika Dugal and Purab Kohli in the key roles.  It was aired on Hotstar.

Meera and Akarsh were happily married until Meera discovered a hair on Akarsh's scarf one day. Meera becomes fixated on discovering who Akarsh's mistress is. She finally confides in a friend, who advises her to act normally around Akarsh while she continues her search for proof. The episode shows how Meera finds out that Akash lied to her having an affair with the young lady.

Set in Madrid, a mysterious guy known only as "The Professor" organises a gang of eight people to carry out an audacious scheme that involves breaking into the Royal Mint of Spain and fleeing with €984 million. The gang planned and made by Professor stays inside the Mint for about 11 days, hostaging 67 people to get the money printed while dealing with elite police forces. The second heist is followed after the first one on the bank of Spain while dealing with hostages and police forces.

The Last Kingdom is a show filled with heroic deeds and epic battles, but it also has a thematic depth that covers politics, religion, combat, courage, love, loyalty, and our universal search for identity. It tells the narrative of how a people banded together under the leadership of one of history's most famous monarchs to regain their land and establish a home, combining historical individuals and events with fictitious ones.