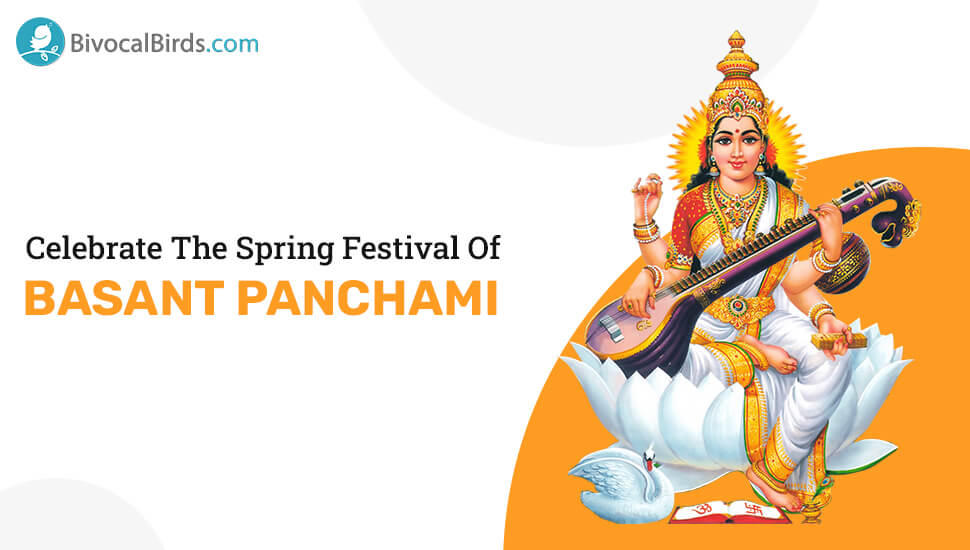 I understand that we are now obsessed with political instability, but if we could put our differences aside for a time, we would be more aware of how India integrates beauty with the notion of variety. It doesn't take much more than a stroll around your neighbourhood to see the eclectic mix of cuisine flavours, clothing, accents, and customs that our country is known for. A scent of Afghani mutton Biryani drifts past, while a blue-collar worker at the other end of the street devours Rajma Chawal. Around the corner, a Bandhani dupatta flutters, and an uncle at a chai tapri fixes his Lungi. Namaz echoes, Gurbani chimes, and the tolling of a mandir bell, all within earshot as you stand on a single street.

Within this prismatic mash-up, several festivals represent something unique to certain parts of the country. As you read this, one such celebration is on the horizon. We're talking about Vasant Panchami, a wonderful event. But, before we dig deeper into all that this impending fortunate time entails, let's answer a few fundamental queries that some or many of you may have.

What Exactly Is Vasant Panchami?

Vasant Panchami is a Hindu and Sikh holiday held across the country, with names varying from Saraswati Puja to Basant Celebration of Kites. It is a festival celebrated by Hindus and Sikhs to bid farewell to the frigid days of winter and welcome the entrance of the Spring season.

The precise translation of "Vasant Panchami" is "Spring 5th," which refers to the day it is commemorated - the fifth day of the month of Magha in ancient Indian calendars. In Indian mythology, Lord Brahma is said to have created the cosmos on this day.

Vasant Panchami is observed every year on the fifth day of the Magha month, which falls somewhere between February and March on the Gregorian calendar we use today. This year, Vasant Panchami will be observed on Saturday, 5 February.

What Is the Purpose of Vasant Panchami?

Similarly, to how the name of the event varies depending on the location, the reasons for commemorating Vasant Panchami vary between states. Vasant Panchami, in general, heralds the arrival of Spring and the start of Holi preparations.

In eastern India, such as West Bengal and Bihar, the festival is known as Saraswati Puja, in honour of Saraswati, the goddess of wisdom, language, music, and the arts. Another tradition in Hindu mythology holds that the day of the celebration is the day Saraswati was born.

Vasant Panchami is celebrated as a spring harvest festival in the northern areas of the nation, particularly Punjab, in honour of the yellow blossoms of ripening mustard crops scattered across their agricultural fields.

What Is the Meaning of Vasant Panchami?

Again, the celebrations of Vasant Panchami differ depending on where you live in the country. Many Hindus, particularly Bengalis, observe the occasion by worshipping Goddess Saraswati, donning yellow, decorating their homes with yellow flowers, and feasting on special sweets, saffron rice, and celebratory dishes. Educational establishments in places like West Bengal, Bihar, Tripura, and Assam commemorate the event by hosting a Saraswati Puja for students. Several families celebrate the day by teaching young children their first written word or encouraging them to study or produce music. In Odisha, a unique ritual known as Khadi-Chuan'/Vidya-Arambha is done, during which toddlers learn for the first time. Many people also participate in Pitra-Tarpan, a traditional ritual of honouring one's ancestors.

People in Maharashtra, Madhya Pradesh, Chhattisgarh, and Uttar Pradesh typically take an early morning bath before worshipping Shiva and Parvati, with mango blossoms and ears of wheat donated to the deities. On their first Vasant Panchami together, newlywed couples are required to visit the temple.

In certain regions of Rajasthan, it is common to wear Jasmine flower garlands, whilst in Punjab, the event is known as the "Basant Festival of Kites," with both children and adults partaking in the sport of kite-flying. In southern India, such as Andhra Pradesh, the event is known as Sri Panchami, where Sri refers to the term "her" or, metaphorically, another facet of their one Goddess "Devi."

What Should We Wear to Vasant Panchami?

It all depends on where you are in the nation! However, much of the time, you must wear a yellow Saari, Kurti, Salwar, or shirt. The garment isn't as essential as the colour, with yellow representing the brilliant bounty of spring and, according to Hindu tradition, Goddess Saraswati's favourite colour.