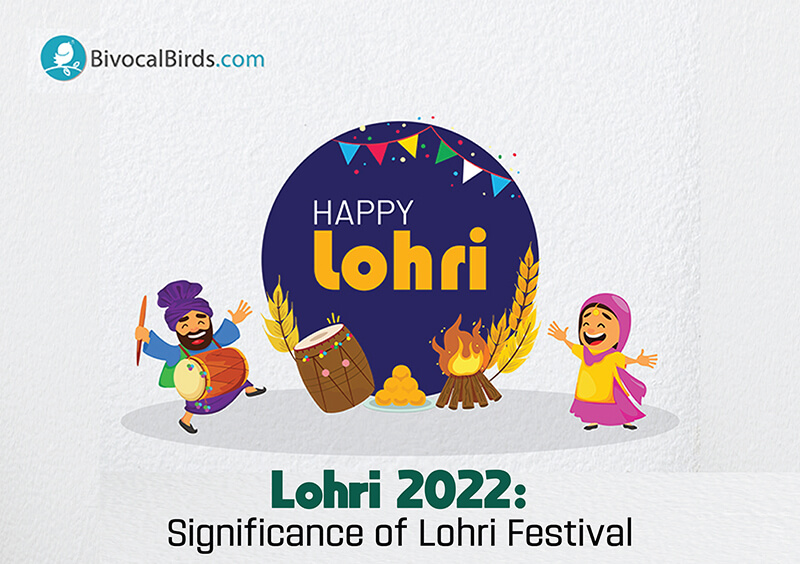 Lohri is a renowned harvest festival observed by Sikhs and Hindus throughout India. It is marked the night before Makar Sankranti and is celebrated in the north Indian area with tremendous pomp and display. Lohri, the first of the numerous Hindu festivals in the year, has a special place in the agricultural community since it is a harvest celebration that marks the end of the long, cold nights of the winter solstice. The conclusion also represents a fresh beginning, as new Rabi crops, as well as expectations for a bountiful harvest, are prepared together. Contrary to common assumption, Lohri is a holiday celebrated not just in the northern Indian area, especially Punjab, but also in the southern regions, albeit under various names such as Pongal and Makar Sankranti. It is also a scientific phenomenon because it is based only on the science of astronomy and the agricultural cycle, both of which are agnostic to religion. It is essentially a celebration of the return of sunshine to the northern hemisphere, and it also corresponds with the harvest season.

Lohri is now extensively imagined by Bollywood as gourmet cuisine, dancing around the fire to chartbuster melodies with your family and friends, and simply enjoying the bonfire. The holiday, however, has a profound religious and scientific importance. Let's look at the historical importance of Lohri and how the celebrations have developed.

The Lohri celebration is rich in tradition and tales. Let's start with the most important:

There are several tales related to Lohri, the most renowned and fascinating of which being "Dulla Bhatti." Dulla Bhatti was a well-known person, akin to Robin Hood, who became a local hero among the impoverished. According to folklore, he once rescued some damsels from the Mughals and raised them as his own daughters. Many cheerful folk songs about the character of Dulla Batti memorialize his exploits, making them a part of the Lohri festival's history.

During Lohri, youngsters in the neighborhood collect sweets from all households in the form of loot, which is then presented first to the bonfire, and the remaining sweets are savored as "prasad."

Do you know what the phrase 'Lohri' means? Lohri was created from the words 'tilery,' where 'til' refers to sesame and 'or' refers to guru or jaggery. These things are said to be excellent stomach cleaners as well as sources of high strength and nutrients. It is said to be auspicious to begin the new year with these foods for increased vitality. As a result, Lohri prasad mostly consists of jaggery and til-based foods such as gajjak and chikki.

Fire, according to Hindu and Sikh religious beliefs, is the ultimate purifier of bad energy. The gases of the sacred fire could draw bad energy away and provide a good, fresh start. Fire is also a direct depiction of Lord Agni, and it is considered auspicious to seek his blessings at the beginning of the year to get off to the best possible start. Walking around the fire is also regarded as extremely fortunate. According to religious beliefs, the prayers of devotees around the campfire are answered immediately by the almighty.

Lohri has significance since it is the first celebration of the new year, which is arguably the most rational and popular explanation. India is one of the world's greatest producers of agricultural products and is strongly reliant on its farming sector for its economy and supply. Crop festivals, known by many names across our country, are held to honor the gods for a good, seasonal harvest and to pray for a productive and happy future. While rejoicing with near ones, chants of "Aadar aye dilator Jaye," or "may honor arrive and poverty leave," are echoed around the campfire.

Lohri, like other Indian holidays, has its own set of customs and ways of celebrating. People assemble, build a campfire, and hand out the popcorn, peanuts, Rewari, and gajak (traditional winter sweets) to friends, neighbors, and family. Lohri has great importance in north India for newlywed couples or newborn children in the family, as family members and relatives congregate to celebrate their first Lohri. On this day, it is also customary to consume sesame rice, which is produced by combining jaggery, sesame seeds, and rice. These foods have special importance in the Lohri celebration. In general, people congregate in an open location in the evening and gather wood logs, dung cakes, and sugar cane to ignite. There is also some religious significance to the fire since there is a circumambulation around it as a symbol of respect and appreciation for a bountiful crop. A variety of traditional treats are thrown into the fire. The festival's features include Punjabi traditional dance and music, as well as a delicious feast.

The first Lohri celebration after marriage is regarded exceedingly fortunate, and it is celebrated with tremendous pomp and ceremony. The bride and groom wear new outfits that are fully accessorized with bangles, turbans, jewels, and so on. It is common for them to pray together and to provide food and presents to those in need. In exchange, they get presents and blessings from their friends and family. The Lohri festival's objective is to celebrate and rejoice, and it's the ideal chance for a married couple to begin their journey together on a happy note.

Since the Mughal era, Lohri has been celebrated with great pomp and circumstance in Delhi, Punjab, Himachal Pradesh, Haryana, and the Jammu area of Jammu & Kashmir.

Lohri for the First Time

The first Lohri of a newborn infant is celebrated with splendor and elegance. The baby and mother are dressed in matching outfits and are presented to the public audience, which includes friends and family members, in their best gear. The woman then sits with her baby in her arms, as family and friends arrive one by one, blessing and gifting the mother and child.

Lohri is the first celebration of the new year, and if you want to give your home a new appearance, this is the time to do so. Now that you know more about the significance of the Lohri festival, begin this festive season with a newly renovated house to get the festive season off to a good start. Take full use of Lohri's significance.

"If you are looking for the best apartment to rent at the best price, leave a comment on our website with your needs and one of our managers will get back to you as soon as possible, or visit our site today.”